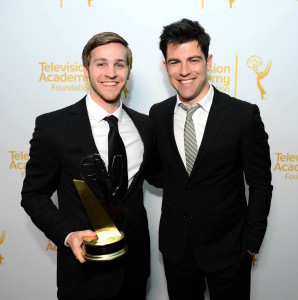 Alexander Thomas is an award winning music composer for film based in Los Angeles, California. Alex became fascinated with music when he began taking guitar lessons as a young teenager. By the time he was eighteen years old he had also picked up piano and began practicing vocal music. It wasn’t much longer before he developed an interest in writing music.

In 2012, Alex scored his first feature length film Howard & Loki for Director/Cinematographer/Writer David Lewis (Pee-Wee’s Playhouse, Winning London). Around this time Alex also began studying filmmaking at Northern Arizona University. With a background in both film and composition, Alex has developed an adroit sense of storytelling, and the role music plays within a film.

He has been awarded two EMMYs, a College Television Award (Academy of Television Arts and Sciences Foundation), a Platinum Remi Award (Houston WorldFest), and several other film festival and film music competition awards.